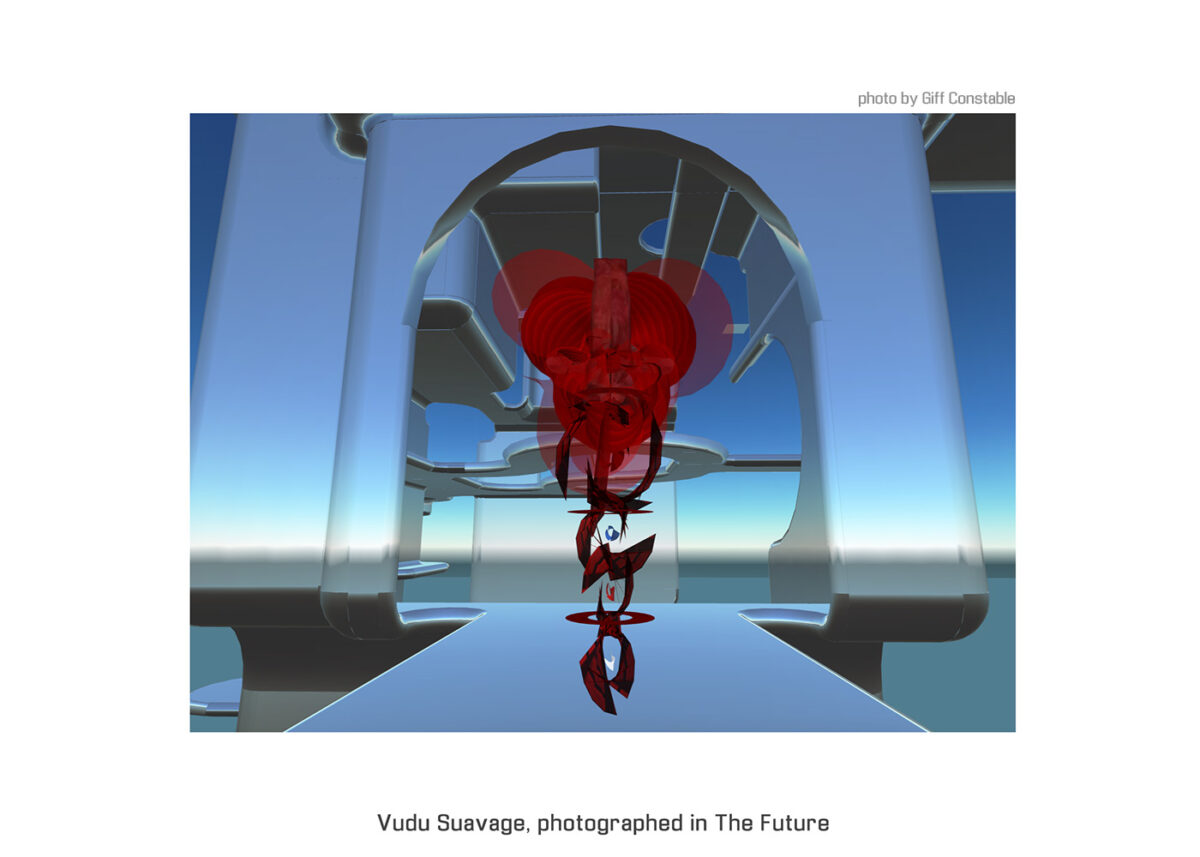 I spent much of mid-2000s working on virtual worlds and virtual economies. I got to work on fascinating problems with wonderfully creative people (shout out to you Electric Sheep alumni!). Brief tangent: here’s a few of the colorful characters I got to know, from a photo book I published back in 2007 called Avatar Expression:

By 2010, I had moved on to other areas of software. I finally admitted to myself that it would be decades before an immersive 3D “metaverse” could become real. However, when I started working on my just-released science fiction novel, Becoming Monday, I got to pick these ideas back up and think about how I would design my ideal metaverse.

Becoming Monday is a fun adventure story that covers the emergence of a sentient AI (please give it a try! here are links to buy it). It’s set in the middle-near future. Humanity is past the initial societal trauma when machine learning takes over most human jobs, yet a singularity event — a super-intelligent sentient AI — hasn’t yet emerged.

I have a longer essay where I share how I see machine learning transforming economies, nation states, but for this post, I wanted to get geeky about the metaverse network I got to imagine.

This blog post isn’t about the actual storyline from the book but instead dives into a piece of tech from the story. So with no further ado, here’s my wished-for metaverse, called VNet in the book:

First off, like the Web or Bitcoin, no one company can own the metaverse. We need a decentralized P2P service with a protocol that controls a base level of functionality and is highly extensible beyond that foundation. Core features would include strong encryption across all data, account authorization, identity management, asset ownership, and basic directory, communication and currency capabilities. The system would be designed for individual empowerment over their data and privacy.

In my imagined VNet, anyone can build, run, and connect a virtual reality (VR) to the VNet network as long as they: 1) respect the basic rules of the protocol, and 2) contribute storage and processing power to the P2P network. The amount of storage and processing power you would contribute would be automatically calculated by the complexity (some not-yet-determined measure of compute) of the VR.

In other worlds, you could build a huge and detailed game world that has its own user registration capabilities, game logic, physics, virtual goods and even custom currency. You could use any programming language to do so. To run this world and connect it to the metaverse, you would have to pony up storage and processing capability, thus contributing to the functioning of the whole system. The protocol’s strong encryption, in addition to the peer-to-peer mechanisms, would prevent a host from knowing or manipulating what was stored on their servers.

I mentioned virtual goods. The protocol would manage ownership of all virtual objects, but would not care about the properties of an object. A laser gun might fire in your VR (you could write custom code to bring the item to life), and multiple VRs could share code to make objects compatible and active in many places, but a good would not be expected to function everywhere.

VNet asset management would take precedence over local VR asset management. In other words, if your VR sold/gave a virtual good to a user, the VR could not take it back unless voluntarily given by the user. That user could give the item to other users — although in theory you could build a virtual-good registry system of your own to counteract this if it was important to you.

In my VNet metaverse, unlimited currencies could be supported (including government fiat like US$), but the protocol would offer a default currency called vCoin. Like the protocol itself, vCoin would not be controlled by an entity, but would be algorithmic.

CNet would also have a VNet Basic Income, which would redistribute a portion of all vCoin economic activity to all active accounts on a weekly basis (also serving to make people want more places to spend this vCoin and thus creating an positive adoption loop that would make vCoin stronger and stronger). An important feature of my metaverse is that a person can only have one account, even if they can create multiple personas (more on this below).

The network could also be extended with any kind of software application (from semi-intelligent bots to video conferencing apps). And of course while the default would be to enable user privacy, individual users would be able to sacrifice their data privacy in exchange for usage of certain applications.

The protocol would be agnostic about 3D rendering versus audio/video versus 2D text/graphics, although the default would be 3D rendering with the other two being partial or whole sensory takeovers.

How, of course, VNet gets rendered in a human brain is the most fantastical part of this vision. Most of what I have written above is doable with today’s technology, but the real reason why a metaverse doesn’t exist yet is the input/output form function still sucks. To put it bluntly: only early adopters will put up with clunky hardware. IO form function wasn’t good enough in the Habitat era, nor the Second Life era, nor this current era. We still need a major leap forward.

The fiction part of this says that our neuroscience+software technology gets to the point where we can non-intrusively send signals into, and read signals from, the brain. In the story, people use “trodes” — 3 small devices that you attach to your temple and the base of your neck. Thus if you are troded into VNet and try to raise your virtual arm, the system would understand the brain signals just as your body does. Movement would happen without joysticks or keyboards.

The wearable hardware required to support the trodes could be very minimal. I’m also assuming ubiquitous high-bandwidth wireless networks. Again, keeping with the decentralized nature of this metaverse, you could have many manufacturers of trode systems, which support different and evolving standards for graphics and code rendering, as long as the method effectively transmitted this into the human brain and was able to take signals out.

The key thing to note is that anything that tries to break or hack the key elements of the protocol would be treated as incompatible with the network.

– –
I’m still hoping that a metaverse arrives in my lifetime. Thanks for letting me get wonky on you. The virtual world isn’t the most important part of the story, but writing the book was a fun opportunity to think through all of this.

Please give Becoming Monday a read and let me know on Twitter what you think!