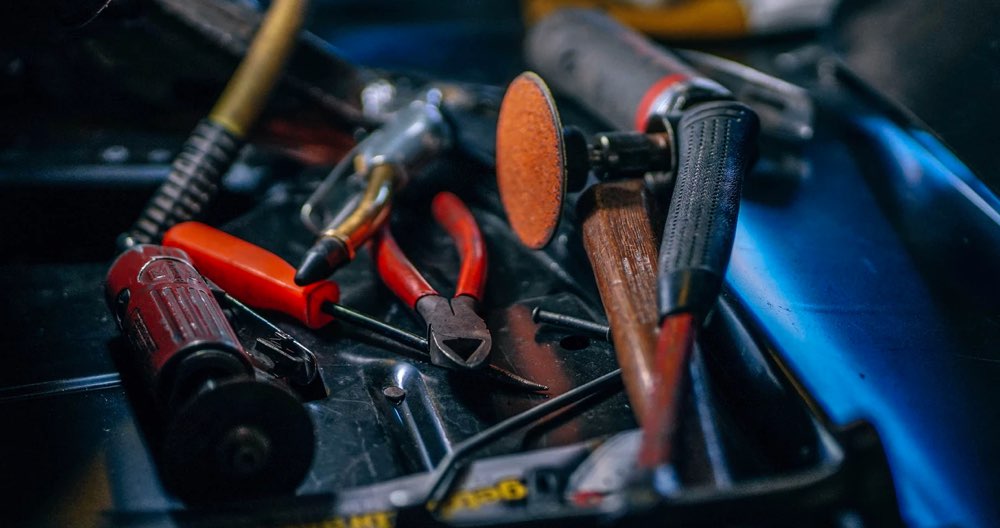 How do you choose when to do an experiment versus an interview? I received a really interesting question last week at the Lean Startup Conference. At the event, I ran two workshops—one on customer discovery (the topic of Talking to Humans) and one on experiments (the topic of Testing with Humans). The asker was trying to understand a shopper’s experience as the person went through certain retail environments. She asked me how she could uncover that information in a sit-down interview. I said I wouldn’t even try. Instead, I would walk around the stores with people and hear their reactions and decisions in the moment. In other words, I would do ethnographic-style research.

But behind the question is a bigger one: how do you choose your tactic? And I might extend it to: when do you run qualitative research versus experiments?

Interviews are relatively fast and cheap to run. They don’t require you being present at the moment of “experience”, which can be very hard to pull off in many contexts. They do require you to dig deeper than surface-level answers. Done right, you can really understand what is going on in someone’s head. But there is a downside: human memories are faulty. We often don’t really know (or accept) our own underlying motivations and behavior. As an interviewer, you can’t always take things as literal truth, but you can get a read on how people think they experienced something or decided something.

On the other hand, with an experiment, you create a structured, constrained test where someone has to do something, and then you measure whether they do it. The believability of the results will depend on how you designed the experiment. Furthermore, you don’t know why they took the actions they did unless you talk to them.

The more tactics and variations you know, the better. You want a lot of tools in your toolbox. To overuse the metaphor, you do not want to be that person who only has a hammer, so treats everything like a nail. That means trying different approaches on for size where you think they might make sense.

Here are some of the experiment archetypes we discuss in more detail in Testing with Humans:

The more you know, the easier it is to choose the right tactic for the right problem, or create variations to learn what you need to learn.

The truth curve that I reference in my books can be reframed as a 2×2 quadrant that pits the believability of information against the speed and cost of that information. In the below image, I sketched an “acceptable zone” in red where you want to spend your time. 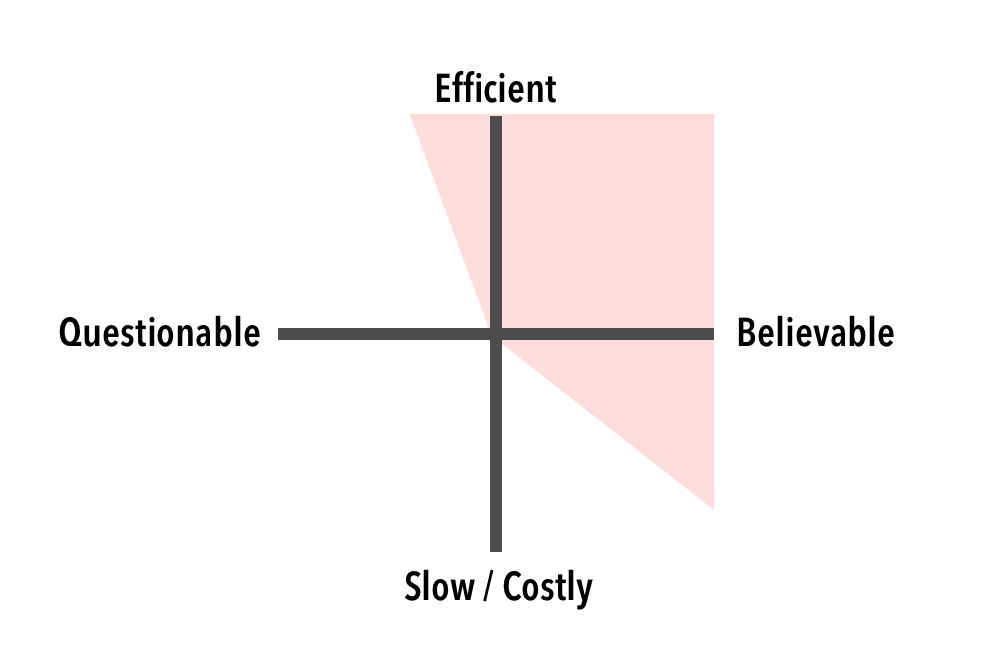 You obviously don’t want to do anything too questionable or too costly. Ideally, you choose a tactic with both high speed and high believability, but that’s not always the real world. Sometimes tactics do get big and costly, but one should avoid it and it’s only worth it if you are tackling a really big risk and you think you’ll get believable intel. It’s never a good idea to gather excessively questionable data, even if the methods are efficient, because then you can’t make informed decisions.

Tools in the Toolbox

If it’s good to learn as many variations of both research and experiments, how can you do so? For a quick, practical primer on interviewing your market, read Talking to Humans. In the sequel, Testing with Humans, we have a whole chapter on experiment archetypes. There are also many blog posts from folks in the lean startup community.

If you’re interested in learning more from the design community, check out Erika Hall’s Just Enough Research and the many books from Rosenfeld Media (in particular authors like Tomer Sharon and Steve Portigal). You can also get good ideas from the growth hacking community, but just be clear about whether your goal is to learn something or to drive a number.